This version of the famous T-34 tank was developed at the Ural tank factory No. 183 (Nizhny Tagil) in late 1942. The turret had a new hexagonal shape, for which it was called "hex" or "nut turret".  The Germans called it “Mickey Mouse” due to its twin round entrance hatches. The new turret had larger internal space but remained still cramped. The main armament was the 76-mm F-34 gun. From end of 1942, all T-34 were equipped with a new five-speed transmission with permanent gear engagement. This version was on the assembly line until spring of 1944. In total, about 20,000 units were produced. 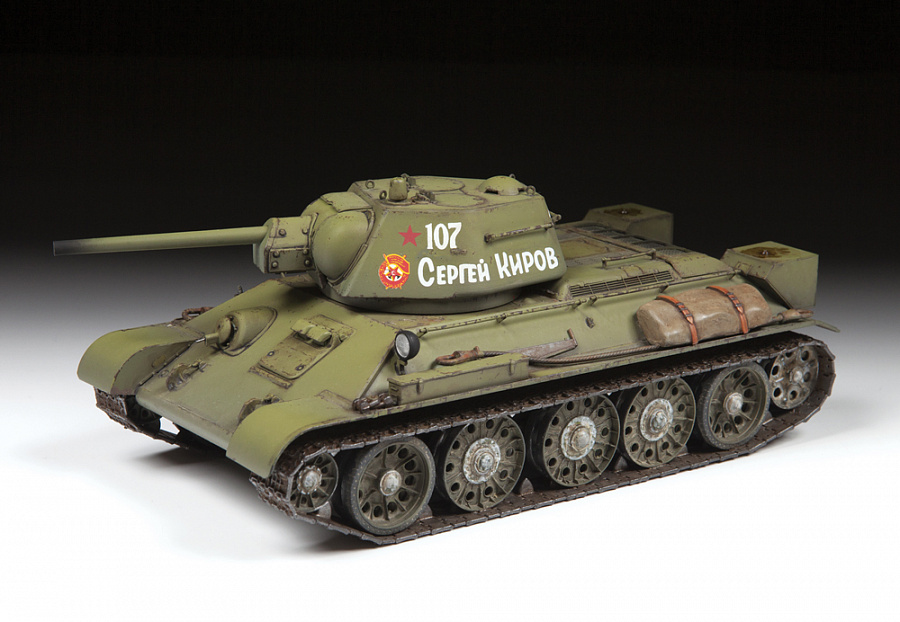